Church Street East Historic District was created by the Mobile City Commission in 1962 and placed on the National Register of Historic Places on December 16, 1971. Church Street East is bounded by Broad Street, Conti Street, Water Street, Clairborne Street and Canal Street. Following the great fires of 1839 which destroyed some 44 blocks of downtown Mobile, the area was rebuilt in a succession of architectural styles including Federal, Greek revival, Italianate, Queen Anne and Victorian. 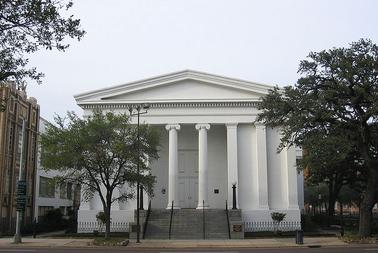 Letter contained in time capsule buried at Earnest F. Ladd Memorial Stadium June 1961 and opened October 2011 Ladd-Peebles Stadium. Unfortunately many historic structures were ultimately lost with the construction of the Municipal Auditorium in 1962. 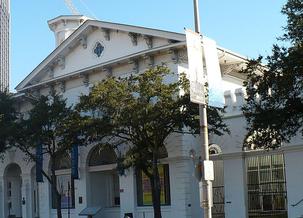 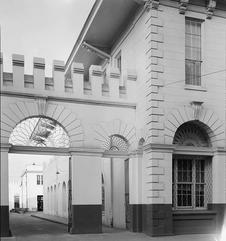 National Historic Landmarks
To Mobilians who have lived and trod the time worn streets, this upstanding building on Royal Street between Church and Government is known as the Old Southern Market. Built in the 1850's, this building was originally used as an armory and market place containing stalls which were rented to butchers, fish and vegetable vendors and grocers. After the Civil War, several of Mobile's municipal offices were moved to the upper floors of this building and it became known as City Hall.
The wrought iron work that ornaments the delightful old arched doorways remains the most noteworthy example of ornamental iron in the city. The ground on which the enduring masonry of the old market stands is the exact site on which Bienville chose to build his Fort Louis de la Mobile in the year 1711.
Old Southern Market - City Hall  1857 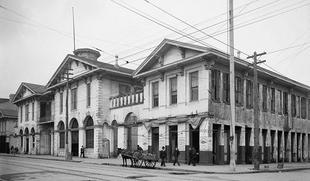 Government Street Presbyterian Church  1836
Designated a National Historic Landmark in 1992, Government Street Presbyterian Church represents one of the oldest, least altered Greek Revival church buildings in the United States.  The sanctuary retains the original high backed walnut pews. In the early days the pews were privately rented and equipped with doors and individual locks. These were removed in 1893. 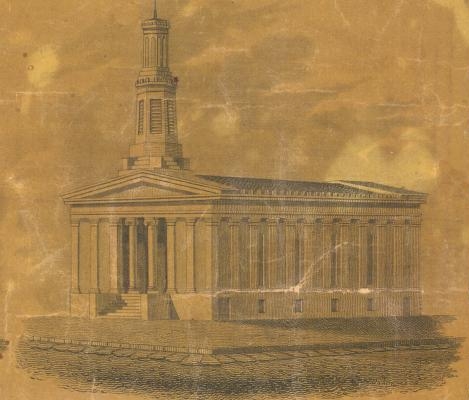 For photographs click on the bold underlined portion of the description. 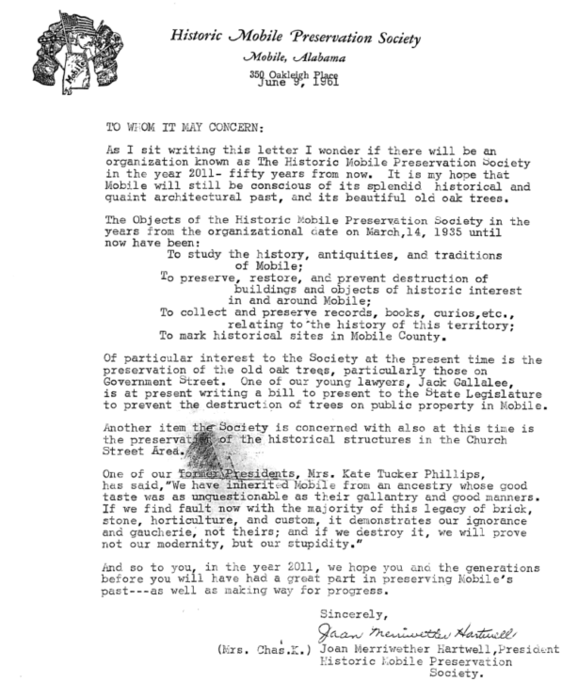 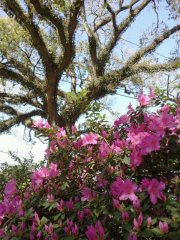