"The Future is created by what you do today, not tomorrow" 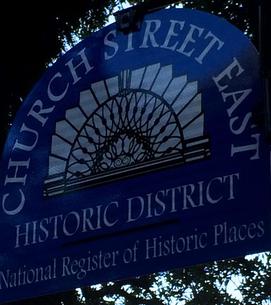 The GOVERNMENT STREET COLLABORATIVE (GSC) is a grassroots campaign to bring together resident groups from north and south of Government Street and other Mobile citizens concerned with the historic corridor’s future. For more information just click on the image to the left.
The City of Mobile has selected Cordish Companies to redevelop the Civic Center Complex.  Any contractual agreements for redeveloping the Mobile Civic Center between the Cordish Companies and the Mayor's office must be approved by the Mobile City Council. For the latest conceptual plans and drawings proposed by Mayor Stimpson, please click
As of September 7, 2019, the Mobile River Bridge project has been declared "dead" by Governor Kay Ivey. This is largely a result of the Eastern Shore Metropolitan Planning Organization removing the project from their transportation plan.This effectively eliminates the possibility of Alabama obtaining Federal funding on the project.
ALDOT has already spent approximately $60 million on the project including the cost associated with obtaining the property of several downtown businesses condemned by eminent domain.
The proposed bridge across Mobile Bay would have had tolls of up to $6, which came up against strong local opposition in both Mobile and the Eastern Shore.
No Tolls!